The “Camloc®” brand was originally established more than 80 years ago, starting out with a range of quick release fasteners. The product range has significantly expanded over the years and now offers latches, installation tooling and KEENSERTS® solid inserts.

Originally manufactured in the USA, in 1959, Camloc started selling quick release fasteners through a new location in Kelkheim, Germany. Later the same year the Kelkheim location also began manufacturing the Camloc range for the European market. Camloc now has more than 60 years of innovative engineering in Germany alone.

Camloc is a global leader of fastening solutions and the portfolio now includes Quarter Turn Fasteners, Draw Latches and KEENSERTS Solid Inserts. Every product in the Camloc portfolio is designed to deliver superior application performance in a range of industries including automotive, truck & trailer, aerospace, rail, agriculture and solar & wind.

Where does the name Camloc come from?

Camloc quick release fasteners are installed quickly and easily with a simple quarter turn. The cross pin of the stud drives up the curve, or “CAM”, of the receptacle and meets with the locking position at the upper point of the ramp, or “LOC”.

Where does the Camloc trademark come from? 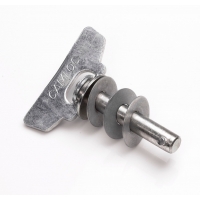 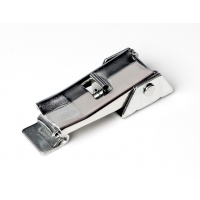